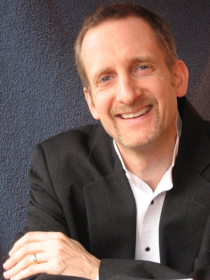 Pianist William Billingham has served as an Assistant Conductor at the Lyric Opera of Chicago since 1995. He has assisted in the preparation of over 75 productions, playing for rehearsals, coaching singers, conducting offstage musicians, and performing on the piano onstage, organ in the loft, and harpsichord in the pit.

William has also worked as a coach and accompanist for the Aspen Music Festival and School, the Cleveland Orchestra, Florentine Opera (Milwaukee, WI), Los Angeles Opera, and Lyric Opera of Chicago’s Patrick G. and Shirley W. Ryan Opera Center. Active as a chamber musician, he is a frequent collaborator with singers and instrumentalists.

A native of Syracuse, NY, Billingham earned a Bachelor of Music in piano performance from the Oberlin Conservatory, a Master of Music in piano performance from the Peabody Conservatory, and a Doctor of Musical Arts in accompanying from the University of Southern California, where he studied with Gwendolyn Koldofsky and Brooks Smith. After brief teaching tenures at the University of Tennessee, Knoxville, and Ithaca College, he began his opera career in Germany, working for five years as a repetitor at the opera houses in Heidelberg and Düsseldorf. He has recorded for Cedille Records and Hal Leonard.