We have five great soloists for our 2019 Messiah concerts on November 1 in Chicago and November 2 in Wheaton: Robin Wiper received her Masters Degree from the Cleveland Institute of Music and has had the blessing to learn from many famous Master Clinicians, Teachers and Coaches during her 25 -plus years of study, performance and teaching. She has studied acting, directing, pedagogy, movement and dance, and has twice been a Certified Actor Combatant in six weapons as a stage combat artist with the Society of American Fight Directors. … read more. 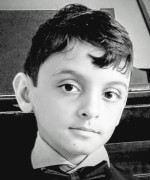 Asher Frederick Moses, age 9, has grown up in a musical family. The youngest of five siblings, he has enjoyed listening to them sing, play violin, viola, piano and drums. Since the age of five, he has been part of a children’s choir with live orchestra for One Way Ministries’ annual SHINE Concerts at Wentz Concert Hall, Naperville. Last year he soloed for a youth choir led by his voice teacher, Danielle York Miller. In February 2019, he was a finalist in the Sinfonietta Bel Canto Voice Competition. Asher’s favorite composers are Bach and Handel. He is homeschooled and enjoys studying … read more. 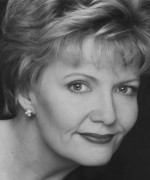 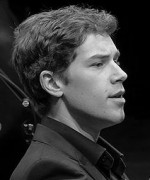 This season, American tenor Jonathan Johnson makes his debut as The Prince in The Love for Three Oranges at Opera Philadelphia’s Festival O19, as Beppe in I Pagliacci at Opera Colorado, and Matthew Gurney in Emmeline at Tulsa Opera. In concert, Johnson appears as a soloist with Cincinnati Symphony Orchestra in Schumann’s Das Paradies und die Peri as the Young Man, with the Detroit Symphony for Messiah, and in recital with the Collaborative Arts Institute of Chicago. Johnson is also an Emerging Artist for Opera Philadelphia, where he will be singing … read more Gerard Sundberg’s compelling baritone voice is celebrated nationally for its beauty and clarity. He has performed frequently with Chicago Master Singers, Chicago Chorale, Duke University, and the Peoria (IL) Bach Festival. This past season he celebrated his 20th Handel Messiah performance with the Atlanta Symphony Orchestra. He has also sung with the Oregon Bach Festival under the artistic leadership of Helmuth Rilling. Rilling praised Mr. Sundberg for his “exceptionally stunning high range” and “perfect command of the German language and high musicality”. Dr. Sundberg is … read more.