This Golden Age of Baroque concert is
generously sponsored by Compass Mortgage, Warrenville. 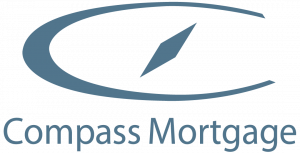 We are very grateful to Deby and Jamie Fellowes, Nikola and Tatjana Nenadovich,  Joyce Saxon, Tyndale House Foundation and Compass Mortgage for their extremely generous support of our mission and concerts – they have made it possible for you to watch these videos.

At noon on August 1 on the 98.7WFMT Music in Chicago radio show, Lisa Flynn broadcasts the Concerto Gross Alexander’s Feast by Handel we performed in April. 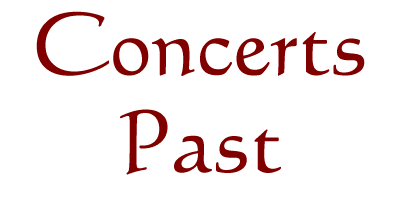 Conducted by Maestro Drostan Hall, the orchestra will play the Souvenir de Florence by Tchaikovsky and Mendelssohn’s String Symphony No. 10 in B Minor. 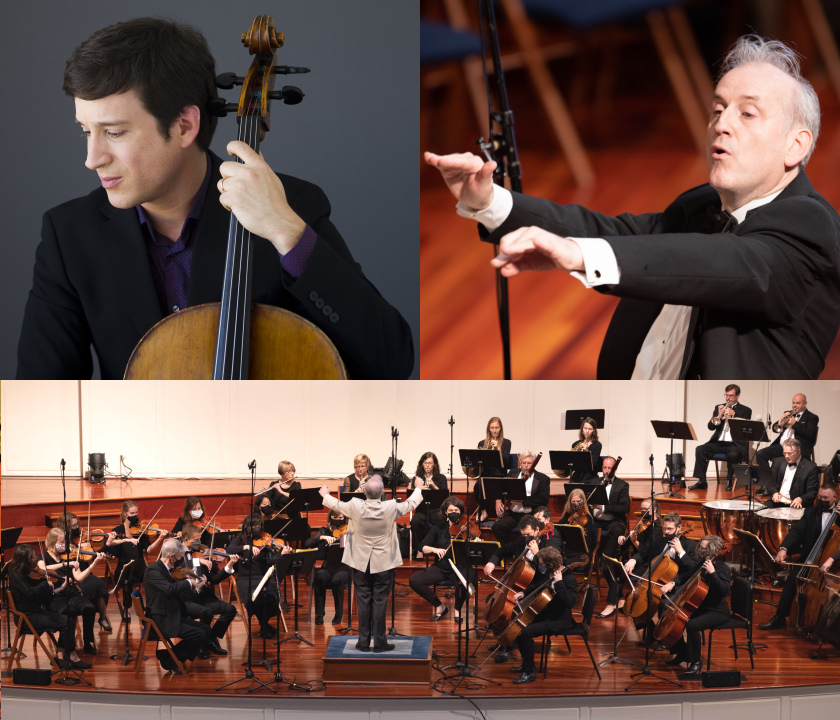 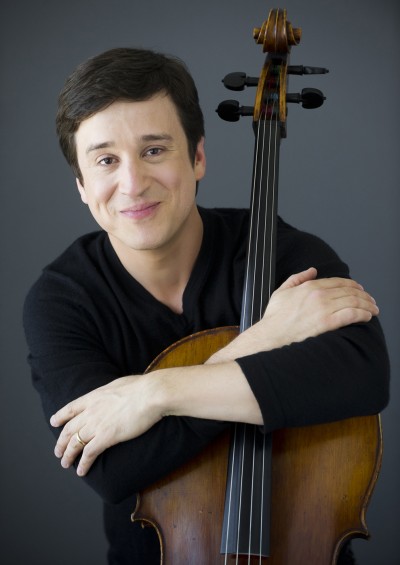 Born to musician parents in Pernambuco, American-Brazilian cellist Leonardo Altino began his musical studies at the age of five and gave his first performance at age eight. At eleven he gave his first performance with orchestra performing the Saint-Saens Concerto No. 1. His national breakthrough came at fourteen when Leonardo was the youngest winner at the Jovens Concertistas Brasileiros, a prestigious competition in Rio de Janeiro, which led to performances with every major orchestra and hall in his home country. At nineteen Leonardo was the first prize winner at the International Cello Competition Dr. Luis Segal in Viña Del Mar, Chile, and has since appeared in concerts in Argentina, Brazil, Chile, Colombia, Denmark, Greece, Italy, South Korea, Taiwan, Uruguay, Venezuela and the United States. 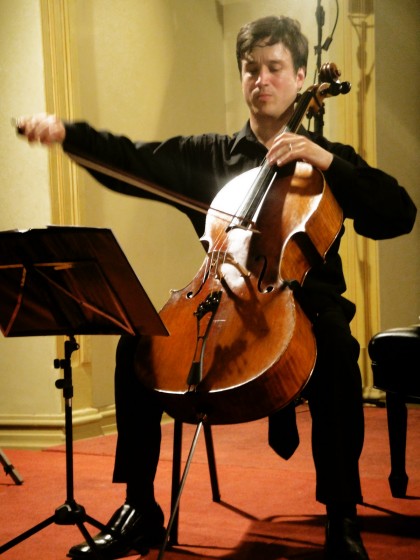 A dedicated teacher and mentor, Leonardo has taught in many festivals around the world, including the Brevard Music Center, Masterworks Festival, Academia y Festival Nuevo Mundo in Venezuela, Festival de Inverno Campos do Jordão and Festival Virtuosi in Brazil. Leonardo studied at the New England Conservatory of Music in Boston and the Detmold Musihöchschule in Germany, and his main teachers include Francisco Pino, Aldo Parisot, Laurence Lesser, Marcio Carneiro and Suren Bagratuni. He was a recipient of the Montgomery Symphony Orchestra Fellowship where he served as artist-in-residence, and he was on the faculty at the University of Memphis for thirteen years. Currently he is an Associate Lecturer in Music at the Wheaton College Conservatory of Music where he teaches cello and chamber music. Leonardo resides in Wheaton, Illinois, with his wife, violinist Soh-Hyun, and son David. 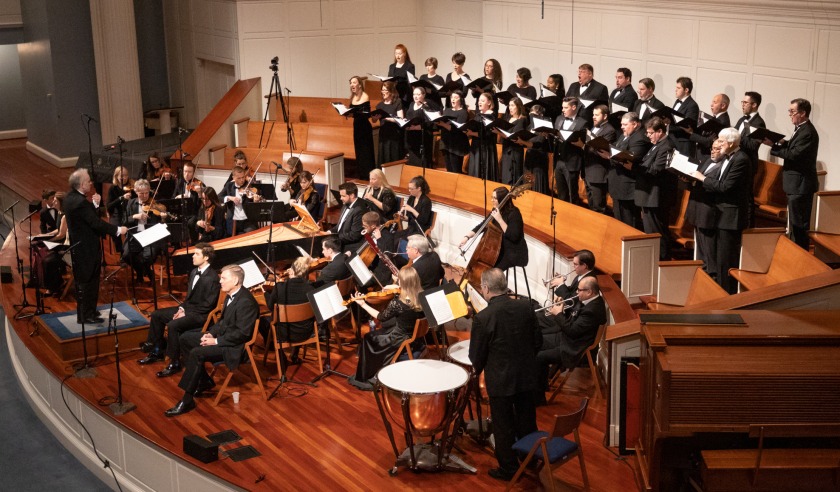 Enjoy the outstanding musical artistry of Camerata Chicago and its wonderful choir performing the Messiah (Part I – Christmas) by Handel with the Hallalujah Chorus. At the heart of our elite choir are some of the top choristers in Chicago. We have four wonderful soloists all conducted by Maestro Drostan Hall:

Hallelujah Chorus: At these concerts the Camerata Chicago Orchestra and Choir will perform the famous and celebrated Hallelujah Chorus. We’ll perform it twice – the second time giving you the opportunity to join in for a truly rousing finale to this fabulous sacred music performance. 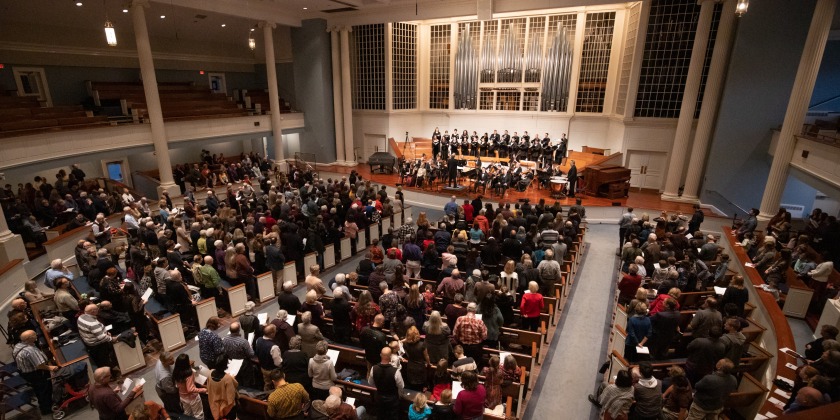 The Academy Spring Concert is entitled “Concerto at the Double” and will feature concertos for two instruments! With performances from both the Senior and Junior Academy Orchestras, there will be seven young soloists.

In a celebration of the baroque double concerto the Senior Academy performs three of the most famous – the Bach Double Violin Concerto, the Concerto for Two Violins and the Concerto for two Celli by Vivaldi! The Junior Academy will perform the first movement of the Violin Concerto in A Minor by Vivaldi and the famous Air from the Orchestral Suite No. 3 by Bach with a selection of other movements. 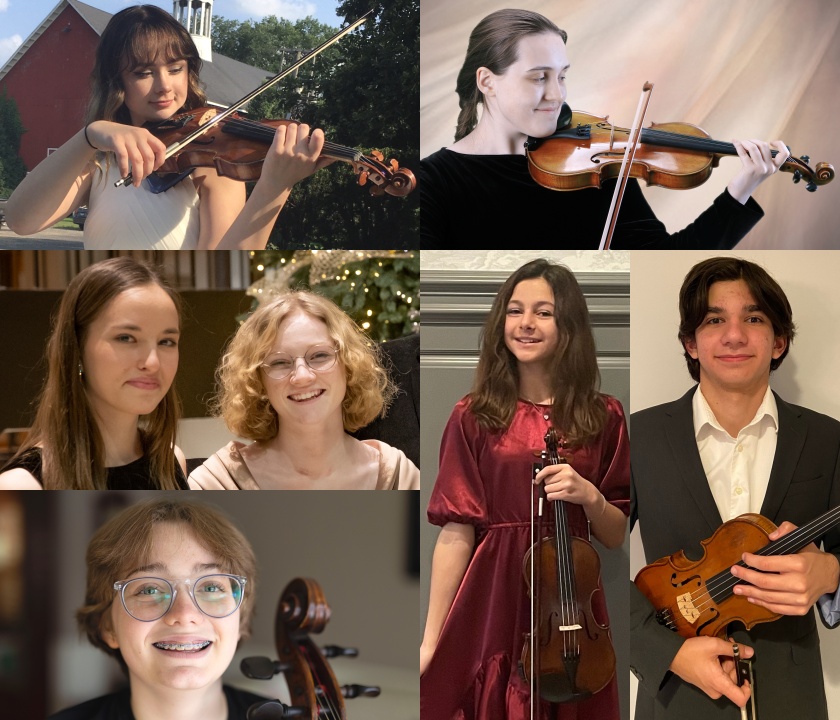 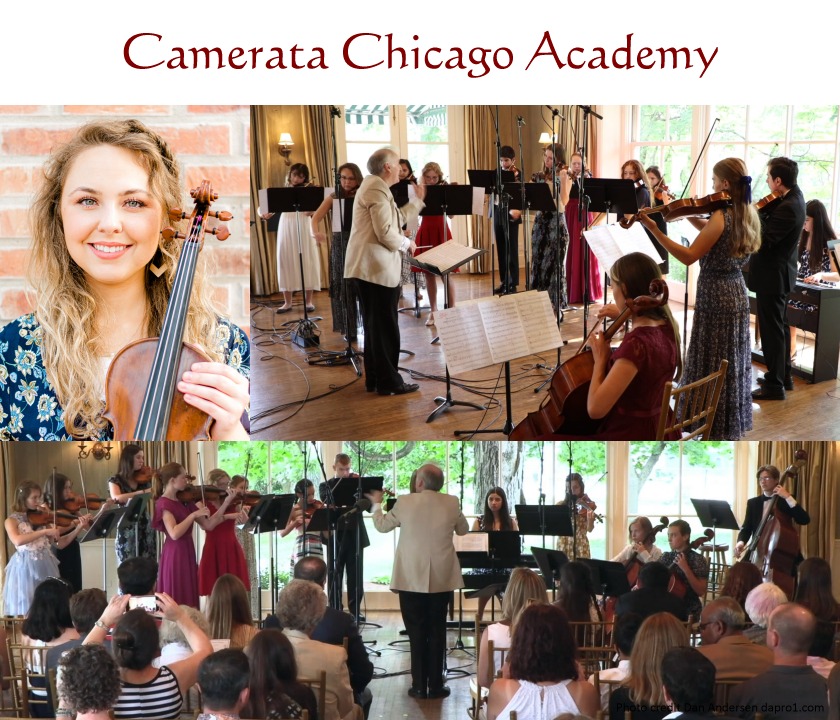 The Academy was featured last year on the 98.7 WFMT radio show Introductions.