Istvan Loga has followed his passion for classical music across borders. At the George Enesco School of Music, under the guidance of Professor Alexander Gavaller, he won numerous prestigious awards. His talent was noticed by the famous prof. Ervin Schiffer, who proposed to him to continue his studies at the Royal Conservatory of Brussels. In 2010 he continued his studies with the Cordis Quartet at Nederland’s Strijkkwartet Academie in Amsterdam under the guidance of Stefan Metz (Orlando Quartet) and Marc Danel (Quatuor Danel). Istvan had frequent concerts across Europe, such as France, Switzerland, Germany and many more.

In April 2011, following the devastating earthquake in Japan, Istvan performed at a charity concert held in Brussels alongside world-renowned pianist Martha Argerich and Japanese violinist Yuzuko Horigome. Istvan also became a full-time member in several orchestras both in Europe and the United States, such as the Charlemagne Orchestra in Belgium, the Ars Viva Symphony, Camerata Chicago in Wheaton, Oisktrakh Symphony and Chicago Philharmonic in Chicago.

Throughout his career, Istvan Loga collaborated as a recording artist with renowned musicians in the industry. Most recently, he collaborated with Maroon 5 keyboardist and solo R&B artist PJ Morton through Matt Jones Orchestra. He was the principal violist on all the MJO recordings and live performances, including the Grammy-winning track “How Deep Is Your Love” and critically-acclaimed Tiny Desk Concert NPR Radio Headquarters.

Furthermore, Istvan Loga worked with nationwide broadcasting channels such as ABC/Disney. He was on the television show Betrayal. He was selected out of over 90 applicants to play the violin for the show’s ninth episode. Being selected from such a competitive pool for national television proves that he has come to national level.

Aside from these prestigious experiences, he played in national concerts such as Warner Bros. Presents Bugs Bunny at the Symphony, Johnny Mathis Show at Akoo Theater and Andrea Bocelli in Concert at Allstate Arena.

Istvan was selected for the Civic Orchestra of Chicago as a regular member for the 2014-2016 season. In addition to working with Yo-Yo Ma and CSO musicians, and performing at the CSO’s historic Orchestra Hall with distinguished conductors such as Riccardo Muti, Semyon Bychkov, Nicholas Kraemer, Daniel Boico, Matthew Aucoin, Sir Andrew Davis, Charles Dutoit, Cristian Macelaru, and George Daugherty, he also had opportunities to participate in various education and community engagement programs of the CSO’s Institute for Learning providing music education to local students. He won first prize and audience prize with the Tito Quartet at The 7th Plowman Chamber Music Competition in Missouri, USA. 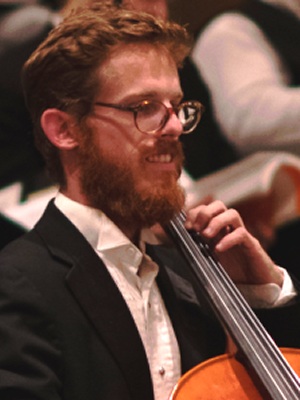 Christopher Ferrer is a member of Lakeshore Rush and principal cellist of Camerata Chicago, originally joining the orchestra in 2006.

Christopher has toured, recorded and performed internationally as an orchestral and chamber musician. His recording credits include the soundtrack for Spike Lee’s Chiraq and music for the 2020 film Dreaming Grand Avenue. He has performed with bands such as My Morning Jacket and Chance the Rapper – as well as with ensembles such as the Chicago Children’s Chorus, Chicago Jazz Philharmonic, Chicago Sinfonietta, The Florida Orchestra and Picosa. Christopher traveled as solo cellist for the Broadway North American Tour of West Side Story, giving performances throughout the United States and Canada. He is also featured as a guest artist on the award-winning album American Melting Pot as part of the premier recording of Ilya Levinson’s Shtetl Scenes for piano trio.

As a member of Lakeshore Rush, Christopher presents classical chamber works alongside the music of living composers, including premiers and new commissions by Laura Schwendinger, Beth Bradfish, and Amos Gillespie. Projects over the past seven seasons include residency at Avaloch Farms Music Institute and performances for Merit School of Music, Thirsty Ears, the Chicago Composers’ Consortium, New Music Chicago and the George Crumb festival at the University of Wisconsin-Madison.

Born in Valencia, Venezuela, Christopher began studying cello through the Community School for the Arts in Wheaton, IL at the age of seven and was later a member of the Chicago Youth Symphony Orchestra and the Hall School Baroque Festival Orchestra. He attended the Royal College of Music in London and Northern Illinois University, studying with many cellists in private lesson and master class including Ann Griffin, John Sharp, Cheng-Hou Lee, Yehuda Hanani, Alastair Blayden and Alexander Boyarsky. 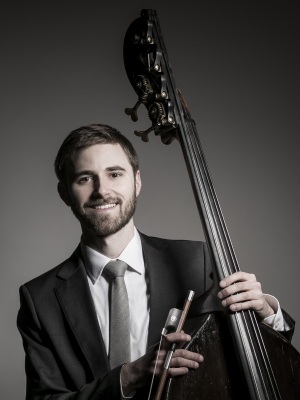 Polen has been based in Chicago since 2011, when he joined the Civic Orchestra of Chicago as Assistant Principal Bass. Prior to moving to Chicago, he earned his Master of Music from Indiana University and his Bachelor of Music from the University of North Carolina at Greensboro, near his hometown of Hickory, North Carolina. He has spent summers studying and performing at multiple festivals including Aspen Music Festival, Chautauqua Music Festival, and Brevard Music Festival. His most influential teachers and mentors include Bruce Bransby, Lawrence Hurst, Craig Brown, Andrew Raciti, and Alexander Hanna. 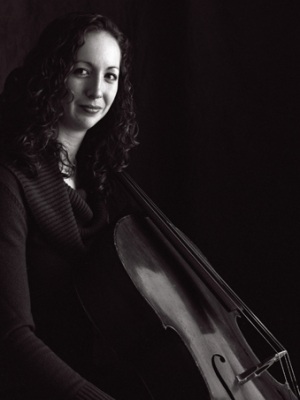 Cellist Julieanne MacLean Tehan is a member of the Camerata Chicago Academy Faculty and has a vibrant musical career in the Chicago area. She is a professional member of the Elmhurst Symphony, subs with the Rockford Symphony and New Philharmonic Symphony, plays in churches around the Chicago area, and is a valued chamber musician for many community events.

An active and passionate teacher, Julieanne is a certified Suzuki Method instructor, having completed certification in all ten Suzuki books with Tanya Carey. She was on faculty member at the Wheaton College Community School of the Arts from 2004 – 2019. There she founded the chamber ensemble program in 2007. She also taught at the Wheaton College Conservatory for several years.

Julieanne received her bachelorís degree in cello performance at the Wheaton College Conservatory. She then received her masterís degree at the DePaul University where she studied with Steve Balderston. Julieanne also continues to work closely with Tanya Carey in her teaching and performing. 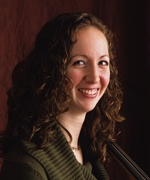 Balancing her performing and teaching schedule with her family and their needs is a constant endeavor. She is thankful for her children and husband’s love and support. Above all else, she remains thankful to God for blessing her with the gift of music that she may share with and bless others.